"Step Up!" to meet the need

Bill Agee encourages churches to seize the moment. God is already blessing so let's "Step Up!" 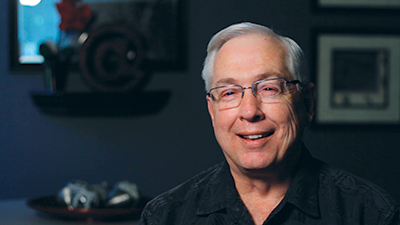 FRESNO — Throughout California, God is at work, said Bill Agee, California Southern Baptist Convention executive director. “We want to seize the moment. God is already blessing. Let’s get in on it. Let’s step up.”

“Step Up” is the theme for the 2019 California Mission Offering (CMO), with a goal of raising $500,000 to share the Good News of Jesus Christ throughout the Golden State.

“We have a need; we have the opportunity to meet that need. We, as a Church and as a state convention, need to Step Up and do our part. It’s not enough to just accept someone else’s help or someone else’s money. To be a good partner, you must have skin in the game. It’s our responsibility to do our part.”

The 2019 CMO emphasis, Agee said, is a precursor to a more formal challenge he will give at this year’s annual meeting in October, known as the “Step Up! Challenge” (see story page 12).

“All of these areas relate in some way to CMO or CMO-funded projects and will benefit from the prayer and giving emphasis.”

He also said now is the time to Step Up and take advantage of the “momentum California Southern Baptists have achieved in the areas of baptisms, church planting and church revitalization.”

CSBC led the Southern Baptist Convention in increased baptisms in 2018, according to Annual Church Profile statistics. CSBC also is one of the leading state conventions in starting new churches, according to the North American Mission Board.

These factors, combined with an estimated 35 million Californians who claim no relationship with Christ, call for California Baptists to Step Up and meet the challenge

“We want to see more people come to know Christ,” Agee emphasized. California Baptists can get their “arms around” the staggering number of non-Christians in the state by reaching one person at a time.

“If we reach people, it leads to churches being started, which leads to people going on mission, which leads to giving. All those things are part of who we are as Southern Baptists,” Agee said.

“California is leading the way in increased baptisms, church starts and church revitalization,” he said. “We are seeing that our efforts are not in vain. We are seeing that we can work hard, and pay the price, and be dedicated, and God blesses that.

Watch the "Step Up!" video.