FRESNO — In California, church planting catalysts tell stories that illustrate how God is working to reach immigrants, and the need to reach more of the foreign-born.

A Hindu from India who had no previous connection with South Bay Church in San Jose had a dream in which he was told to go to that church, pastored by Andy Wood. The Hindu responded the next Sunday to an invitation from someone he’d never heard of before: Jesus. Today he’s an active member of South Bay Church.

Fellowship Church of Burbank was near death when North American Mission Board SEND missionary Robby Pitt stepped in. Six congregations now use the facility, even while Fellowship is between pastors.

Hindu, Buddhist, Sikh and other temples proliferate across the Bay Area, as they do throughout the state.

A Cantonese church was started this year on the UC Berkeley campus, and Mandarin churches are starting in Daly City and Fremont.

Once he passes the immigration hurdle, a pastor from Nepal to whom friends introduced her will start a church for Nepalese. 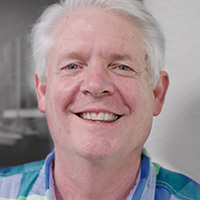 “In the Eureka area we’ve got Hmong, Hispanic, Native Americans, and in Marin County we’ve got a couple of Haitian churches, a Brazilian church, Chinese, Korean and some Middle-Eastern churches,” noted Howard Burkhart, CPC for Northern California. “We’ve got a Mien congregation in Redding, Thai and Laotian in North Bay, and all kinds of (ethnic) churches in Sacramento, including Romanian.”

“Most immigrants from the MENA region have settled in: California, 20 percent; Michigan, 11 percent; and New York, 10 percent,” according to the site.

Tightening the focus on the MENA picture, Syrians are likely to be the next major group of refugees to enter California.

If nothing changes, it will take a year or two of bureaucracy to vet each Syrian for terrorist ties or other impediments to immigration. However, with a full third — about 26,000 people — of the Syrian-born population in the US now living in California, California Southern Baptist Convention leaders expect a new opportunity to minister.

“For people in areas where there are new students arriving, teach your children and students to intentionally look for new arrivals at schools, then befriend that family,” he continued. “Some of our ethnic churches have new families arriving weekly." 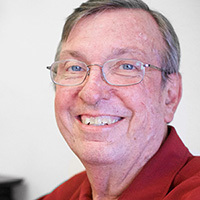 Regardless of their education or lack thereof, people from throughout the world are drawn to America, the strategists said.

“Poverty on Skid Row is better than what 99 percent of what immigrants there had where they came from,” said Don Overstreet, Southern California CPC. “America is still a land of promise to them. Here we care, so they want to come.”

(Editor’s Note: Last in a series on immigration and how California Southern Baptists are ministering among the many people groups in the nation’s most populous state.)