RIVERSIDE—Personal Protective Equipment (PPE) shortages have yielded an opportunity for one Riverside church to share the love of Christ with health care workers and emergency personnel.

Over the past three weeks, Sandals Church has converted its in-house manufacturing facility—normally used to make furniture, signage and sermon props among other items—into a PPE production line to help battle the coronavirus pandemic.

Working just 10 at a time to minimize the risk of spreading COVID-19, church volunteers and staff have made more than 13,000 plastic gowns, 9,000 N95 masks and hundreds of plastic face shields. The PPE is packaged with a card that reads, “We’re praying for you! Provided and assembled by your friends from Sandals Church and local community volunteers.”

The work is being conducted in partnership with the California Southern Baptist Convention (CSBC) and Southern Baptist Disaster Relief, as well as local charities The Magnon Foundation and Giverside.

“We love people,” said Ron McCoy, executive director of the Sandals Church Foundation. “We want to be a positive voice in a very hard season. We want to show people God in a very tangible way.”

The PPE has been distributed to about two dozen health care and emergency management organizations, including hospitals, senior care facilities, rehabilitation facilities and police departments. The donations have been well received, McCoy said, because California has experienced PPE shortages and price gouging even when the equipment is available for purchase.

More than 2,500 health care workers statewide have been diagnosed with COVID-19, The Los Angeles Times reported, and nurses at one Santa Monica hospital were placed on administrative leave because they refused to enter patient rooms without N95 masks. To combat shortages, Gov. Gavin Newsom announced earlier this month that California will spend nearly $1 billion to provide 200 million masks per month.

Additionally, a federal task force has noted California as a site where criminals are hoarding medical supplies and selling them at exorbitant markups, according to KGO TV in San Francisco.

Sandals plans to continue its PPE manufacturing as long as the pandemic continues, but church leaders wonder whether resources can keep pace with demand.

The idea of making PPE initially was suggested by a doctor in the congregation, which averages 14,000 in weekend worship across 11 campuses. Sandals hasn’t solicited requests for PPE, yet they have flowed in at a steady rate. 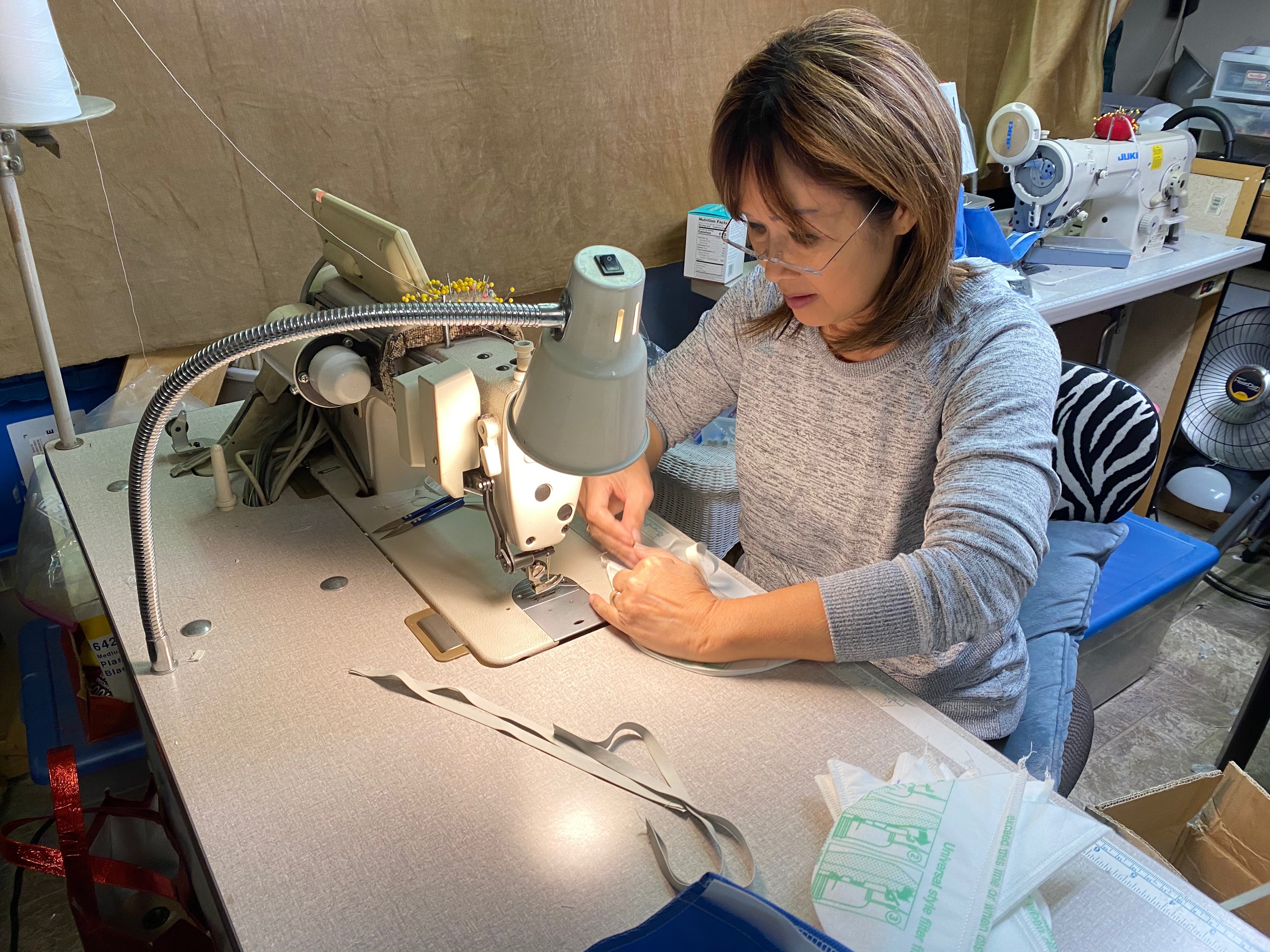 Manufacturing and packaging occurs in a vacant warehouse near the church’s broadcast campus in Riverside, where workers can maintain social distancing. Church staff and volunteers have contributed 10,000 hours of labor thus far in the warehouse. A local aerospace company cuts plastic for the gowns, and Sandals volunteers convert it into the finished product. Fabric and plastic for all the products produced have been prepared by additional volunteers working from their homes.

Sandals’ partnership with the CSBC began when the church contacted state disaster relief director Mike Bivins regarding the possibility of state convention assistance. Through a special circumstance with matching funds from Southern Baptist Disaster Relief, CSBC was able to assist with the initial production run. Partnering with Sandals dovetails with the CSBC’s strategy of empowering churches to respond to some disasters rather than attempting to coordinate all disaster relief on the state convention level.

“A church that has relationships in its community can respond quicker, more uniquely and with less money” than CSBC disaster relief units, Bivins said. “As churches respond to the needs in their community, not only do they get the credit, they are being the hands and feet of Jesus.”

In addition to PPE manufacturing, several California Southern Baptist churches have launched grocery distribution ministries for needy families during the pandemic. Congregations reporting to CSBC have distributed more than 2,700 loads of groceries that each can feed a family of four for a week. Other churches are engaging in similar ministries without formal reporting.

Back at Sandals, leaders long for more resources to expand their PPE ministry.

“We’re making as many [pieces of PPE] as we can with the raw materials we can purchase,” McCoy said. “That’s been the constraint.”