LA MIRADA—When businesses and schools shut down due to the coronavirus pandemic, some California churches ramped up ministry to the neediest members of their communities. Fueled by the Cooperative Program and the California Mission Offering, congregations from Los Angeles to San Jose have found creative ways to meet needs and share Christ in the process.

“Over the past three months California has sheltered in place and church buildings have been closed for regular worship services, yet the church has not been closed,” said Pete Ramirez, associate executive director of the California Southern Baptist Convention. “The church of Christ in this time has been deployed.”

In all, California reported cases of COVID-19 are approaching 200,000 (June 25) with more than 5,700 deaths, according to the State of California COVID website (https://covid19.ca.gov/). Major metro areas responded to the pandemic with shelter-in-place orders in mid-March, and Gov. Gavin Newsom extended the order statewide March 19.

With the shutdown came economic consequences. Unemployment statewide stands at a 50-year high, according to the Public Policy Institute of California. The unemployment rate has doubled since February in all but nine counties, leaving many residents in need of groceries and other necessities. That spurred churches to action.

Pastor David Newman of Neighborhood Life Church in La Mirada saw needy families and began to organize a modest grocery distribution for approximately 50 people. That seemed an appropriate ministry for the new church plant, which averages 12-15 families on each of its Zoom meetings. But God had bigger plans. Newman has become the leader of a multidenominational network of ministries that has delivered thousands of care packages of food to neighbors in need in addition to distributing some 2,000 meals in a single day in partnership with local government officials.

“I love the fruit that God has allowed our little congregation to bear,” said Newman, a California church planter.

At one point, it looked like Neighborhood Life might not get to distribute food at all. When the pandemic began, Newman told local officials his church wanted to help senior adults and families whose children received meals in public schools. Initially, the local leaders said they didn’t need any help. Yet as coronavirus got worse, Newman began organizing local pastors to help with food distribution and eventually government officials took him up on the offer of assistance.

The effort snowballed quickly, bolstered by a grant from the CSBC and donations from local grocery retailers. Because of the ministry, people are asking how they can join Neighborhood Life when the pandemic subsides. 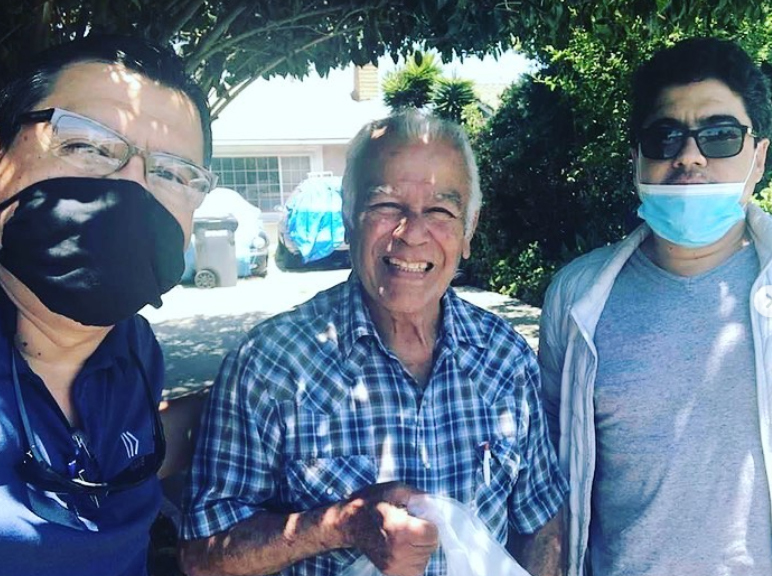 Pastor Gabriel Lara of Iglesia Bautista la Roca de Vida in Lompoc noticed similar needs in his community. Like Neighborhood Life, his congregation received a CSBC grant and used it to purchase groceries, which they distributed to needy families during a one-day blitz in April.

The Spanish-speaking congregation of approximately 35 people delivered food and basic toiletry items door to door, packaged with Bibles, tracts and an evangelistic film. Social distancing prevented church members from having gospel conversations that day, but Lara left his business card at each house. Some grocery recipients have called him, presenting opportunities for gospel witness.

“I had a couple of people who accepted Christ” by phone, Lara said. 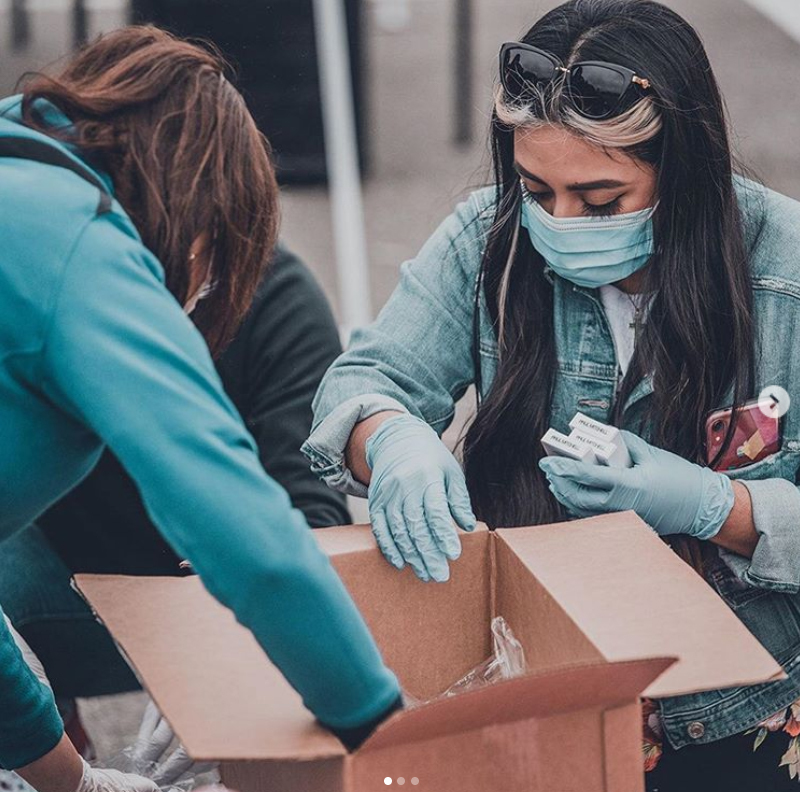 In San Jose, Pastor Micaiah Irmler of Southridge Church noted that local food pantries only operated Monday through Friday, leaving some families in need of food on the weekends. So he launched a drive-in worship service each Sunday morning, followed by grocery distribution. The ministry has served more than 100 families weekly and has seen people trust Christ for salvation, including five on a single weekend.

Southridge also has distributed 1,500 cloth masks—nearly 400 of which were sewed by Irmler’s wife Jane—and helped one family pay funeral expenses when a young mother died unexpectedly.

“I just sensed from personal conviction that [offering online worship alone] was not enough” for Southridge, said Irmler, a California church planter. “As soon as we could get groceries and get up and running, we were off to the races.”

“The deployment of the local church has been unique during this time,” he said, “and it has filled my heart to see the faithfulness of our California churches.”