With wildfires raging throughout the state, particularly in Northern California, DR volunteers have been hindered since the fires broke out, but finally were able to put their skills and training to work in preparing meals for victims of the fires who are sheltered near Seaside.

A mobile kitchen is set up at Lighthouse Baptist Church in Seaside and has been fully operational since Wednesday preparing almost 400 meals daily.

On Thursday, Aug. 27, CSBC held a Facebook Live event at the Seaside church where they talked with Mike Bivins, CSBC Disaster Relief coordinator, and Lighthouse Pastor Grant Combs about the DR operation.

Bivins said it is pastors like Combs that help make Disaster Relief “successful” by opening their church kitchens and property for DR ministry. “Early on,” Bivins said “pastor Combs called to say his church was available if needed because of the nearby fires.”

At that time, CSBC DR unit(s) were on standby. However, when the call came to activate the unit, “we had a place to go and began operations,” according to Bivins. “This type of cooperation is essential in responding to disasters,” he said.

Bivins noted one of the objectives of CSBC DR is to encourage and provide resources for churches to be “disaster ready.” He noted that churches can minister even if the state Convention’s DR is not activated.

“Having a place to recharge a cell phone or get a cold drink of water, especially in time of disaster, is important. We need our churches to be safe places ready to meet needs, even in a time of COVID-19. A church might not serve hundreds, but it can still provide ministry.” 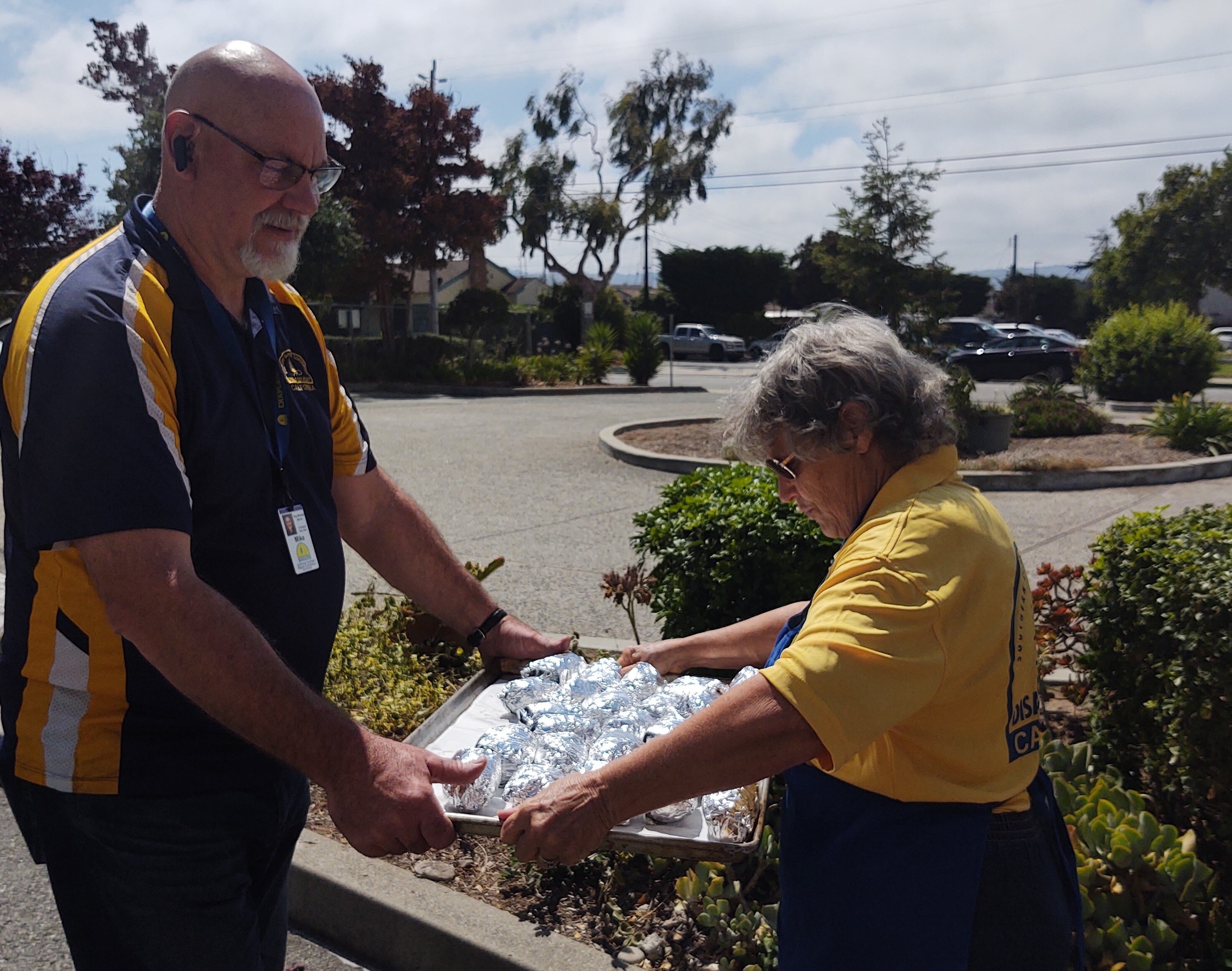 He also noted that Southern Baptist Convention DR teams from other states are ministering along the Gulf Coast where Hurricane Laura made landfall across Louisiana causing damage not only there, but in bordering states.

Those watching “Live” event got a “first-hand” look at a new mobile kitchen equipped with two convection ovens, a flat-top grill, two conventional ovens, a tilt skillet and an industrial-size refrigerator.

The viewers also saw a four-stall portable shower unit which is on stand-by at the church. “Many people, especially those using ‘day shelters,’ don’t have the ability to take showers and this unit can provide that,” according to Greg Leard of Foresthill, who is managing the DR team in Seaside.

The Facebook event closed in prayer with Ramirez saying it is “good to be a lighthouse in a world of darkness.” He also prayed for the Seaside congregation to be light in their community.

Pastor Combs prayed for “those struggling in our community who have practical needs. Many have gone from very sure to very unsure about their situation.” He prayed the community would see the church as a rock built on the “firm foundation of Jesus.”, or

Ramirez noted CSBC DR is possible because of “faithful” volunteers and “faithful stewards” who give generously to provide “all this equipment to show the love of Christ.”

Those wishing to donate to CSBC Disaster Relief can do so online, or can send a check earmarked for "Disaster Relief" to CSBC, 678 E. Shaw Ave., Fresno 93710..