The sale was predicated on a CSBC Executive Board action in mid-May to sell the camp because of deficit spending, some $2 million in the past seven years, and a 2020 camping season devoid of revenue because of the coronavirus pandemic.

The Board’s recommendation called for SBC churches/entities to have priority in purchasing the camp by June 30. The Executive Board action called for the camp to be closed immediately and permanently shut down by the end of June. The recommendation also gave CSBC corporate officers authorization to “take necessary actions” to sell the camp and its assets.

Agee added that the Board entrusted Convention corporate officers with the responsibility of vetting offers. “The Gracepoint proposal was the most viable in meeting the criteria of keeping JP in the Baptist family, keeping JP accessible to CSBC churches, liquidating the debt and allowing CSBC to be about its primary ministry of empowering the vision of churches to reach their communities for Christ.”

Victor Chayasirisobhon, chairman of the CSBC Executive Board and pastor of First Southern Baptist Church in Anaheim, said, “God truly is amazing. When we initially faced this challenge, it was the prayer of our hearts that any Southern Baptist entity would come and buy the camp so it could continue its ministry and add to its already rich legacy. Dr. Agee and other corporate officers were able to do that and accomplished what the Board set forth in the recommendation – finding a practical offer from a Southern Baptist entity by June 30. They are to be commended.” 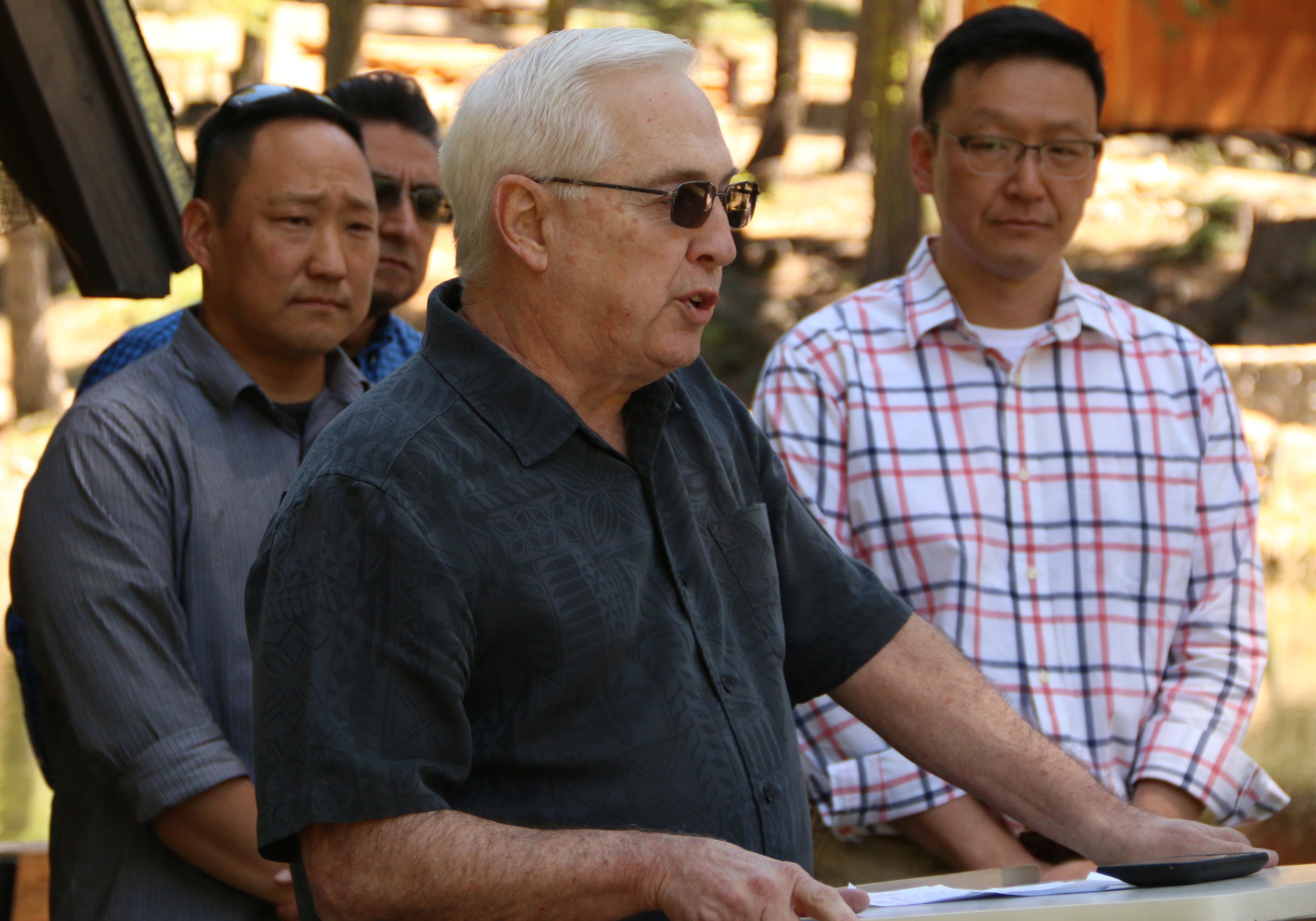 Announcement of the pending sale was made at the camp in joint statements by CSBC and Gracepoint via a Facebook Live event on Wednesday, June 17.

At the event, Agee explained the process and how the agreement between CSBC and Gracepoint came about.

Also speaking at the event was Steve Suh, a college minister at the Gracepoint Berkeley campus, who said Jenness Park is an answer to prayer for the congregation. “We’ve been praying for a retreat site for so many years to enhance our ministries to thousands of college students and youth.”

He said the church is “excited about the next chapter for Jenness Park. We know that the close of this chapter is sad … but it is not the end.”

Suh recounted “God speaking to me” at Jenness Park during a college retreat when “I was ready to leave God and leave the church. This (JP) is one of the places where God found me.”

Rick Yi, another Gracepoint staffer at the event, also had a similar experience at JP. “I was not a Christian when I came to a college retreat here. However, this is where I allowed God to speak to me.”

Also speaking was Barry Lloyd, JP camp director, who will continue in his ministry with Gracepoint.

Lloyd noted, “This (Gracepoint) is an answer to prayer.” He explained his primary goals for Jenness Park in being sold was for it to remain “a Christian camp for God’s Kingdom” and for it to “remain a Southern Baptist owned camp. Both of those have been answered.”

Lloyd said he was most excited that the “bell will still ring (signifying a profession of faith in Christ during camp). I know that ringing the bell doesn’t save you, but what a testimony.”

He explained that summer camps such as CentriKid, Centrifuge and district camp will still have opportunity to operate in the summers.

In closing out the event, Pete Ramirez CSBC associate executive director, said, “This is an emotional day, yet an exciting day” and thanked the Jenness Park staff for their “hard work and commitment to serve the Kingdom of God.” 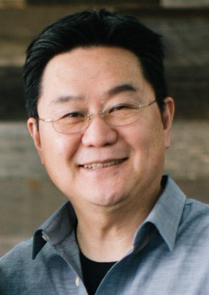 Ed Kang, senior pastor of Gracepoint, was unable to be at the announcement, but reiterated the church’s proposal to purchase JP was the need for a larger retreat facility. He said Gracepoint has developed and operates a mini-retreat site near Truckee which is always overbooked and explained the need for a facility to host groups and activities.

“It’s difficult to get an open weekend at our Sierra site for our groups,” he said. “A big part of our ministry is getting students away from their (device) screens and out to nature.”

Since 2008 when the Sierra camp initially was developed “our internal needs for small group getaways has grown to a point where we need more space,” Kang said.

Additionally, the church wants to expand its summer camps to “more than weekends for our college students by bringing inner-city children for intensive academic and Christian programming.”

Kang noted Gracepoint’s vision for the property is “to teach a generation of our church members to love nature (God’s creation), to take time away from being harried, and to be with the Lord. We also envision holding many different camps for our own network of collegiate (UC) churches as well as develop a kid’s outreach camp ministry.”

Even with the vision for how the church will use Jenness Park, Kang said there will be “plenty of weeks and weekends open for all or part of Jenness Park. We want to accommodate churches which have loved coming here year after year.” He added Gracepoint also wants to “continue the tradition of personal retreats for pastors.”

“We would not want JP to disappear from the radar and only be available for our church. That would be poor stewardship over such an amazing place that others have so lovingly developed. So, we are looking forward to having JP continue to be a blessing to our fellow SBC churches.”

In response to the bell at Jenness Park, Kang said, “I was in tears to learn that the bell has rung more than 8,000 times since it was installed. What a great tradition, and one that reflects what I love about our SBC tribe—our focus on soul winning, on personal professions of faith. Many of our own church members have attended retreats at Jenness Park and I am sure have rung that bell too. We will keep that tradition going, and add to it.”

Kang said the church would like to “retain the name of Jenness Park” out of respect and to honor “the memories it contains.”

“We know that this place has been built by the love and labors of many of our SBC brothers and sisters over the decades, and we want to honor that in any way we can.”

Concerning JP staff, Kang said, “we are finalizing those details, but we definitely would need some to remain on” such as Lloyd.

Gracepoint began as a collegiate church in the 1980s, according to Kang. The church affiliated with Southern Baptists in 2006 and began planting churches in college/university locations to reach and disciple students to become Kingdom workers.

In 2019 Gracepoint contributed $40,000 to Cooperative Program ministries, ranking the church 24th among all CSBC congregations in CP giving. Through mid-June 2020, the multi-ethnic congregation, which is primarily Chinese and Korean, has given $45,000 to CP.

The church currently works in 15 cities nationwide ministering to more than 20 university campuses. Besides Berkeley, the congregation has planted California churches near university campuses in Davis, Irvine, Los Angeles, Pomona, Riverside, San Diego, Santa Barbara and Santa Cruz. A video on the Gracepoint website noted the church has recorded 4,300 salvations in the past 12 years.