Arturo Franco Melendez, 58, was loading groceries into the back of a car at the food distribution ministry of First Southern Baptist Church in Sylmar when the SUV waiting in line behind him surged forward and pinned him between the two vehicles. Paramedics transported Melendez to a local hospital, where he died the same day.

Melendez had volunteered at First Southern Baptist’s Valley Hunger Relief ministry nearly three years and was always “very protective of me,” First Southern Baptist pastor Ray Grubb said. “If he saw me doing too much, he would just jump right in and take charge. He was energetic and enthusiastic.”

The driver who struck Melendez was elderly, and authorities believe he may have mistaken the gas pedal for the brake pedal, according to the Los Angeles CBS affiliate CBSLA. After the initial accident, the driver put his vehicle in reverse with the door open, striking the cars behind and beside him as well, Grubb said.

The episode was “a tragic accident,” according to CBSLA, and no crime appears to have been committed.

Since the accident, First Southern Baptist sought to minister to both the Melendez family and the family of the driver who struck him.

Melendez’s widow Teresa said “there aren’t words to explain what a great human being he was,” CBSLA reported. “He was a great friend, a great brother and a great son.” 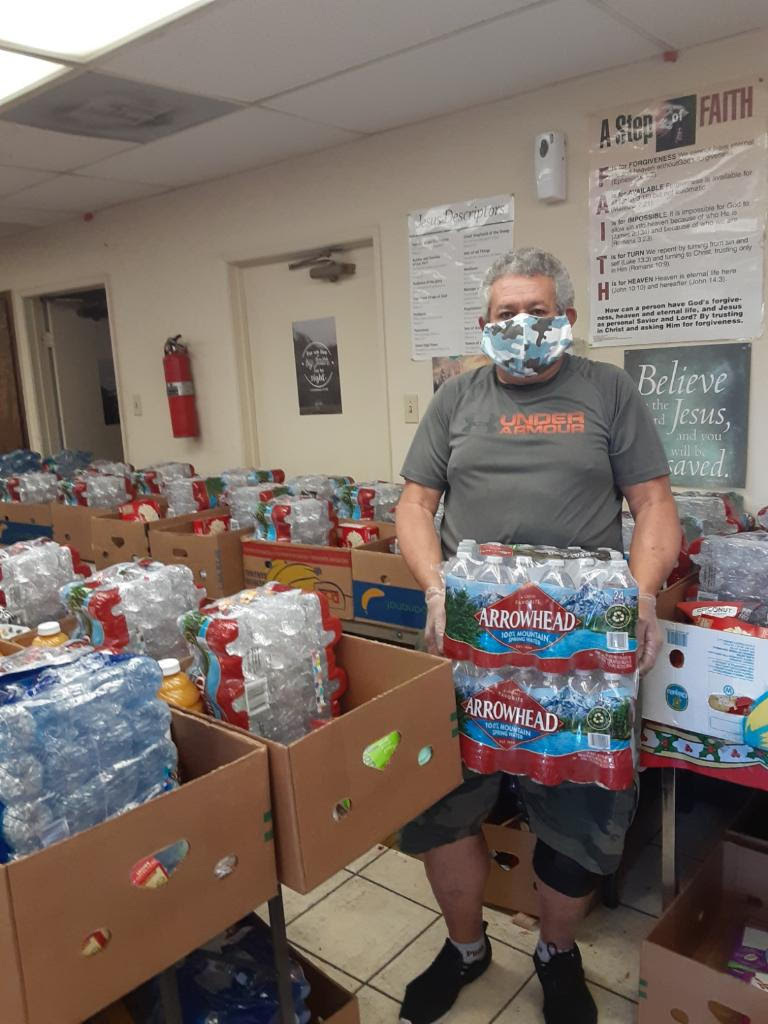 Before the coronavirus pandemic, Valley Hunger Relief was distributing food to approximately 6,000 needy individuals per month. The ministry started in 1994 after a magnitude 6.7 earthquake left thousands of Southern California residents in need, and the church never stopped giving out food. A year and a half ago, First Southern Baptist constituted Valley Hunger Relief as a separate 501(c)(3) organization, though it remains a ministry of the church.

When L.A. residents began sheltering in place last month, the ministry went to a drive-thru format, with two lines of vehicles pulling through the parking lot to receive groceries each Wednesday and Friday. Evangelistic services held each Friday have been canceled to maintain appropriate social distancing, but volunteers continue to share the gospel on a one-on-one basis.

The church is still calculating the amount of food distributed amid the pandemic, but it says volume clearly has increased. Three hundred cars were loaded with groceries the day of the accident alone. Two days earlier, 388 cars received food donations.

Following Melendez’s death, there was consideration of shutting down Valley Hunger Relief temporarily. But “we felt like maybe there were better ways to honor our volunteer’s memory than closing down,” Grubb said. “He loved what he was doing, and he loved coming.” Plus, “there are just hundreds of people in this valley that depend on us for their resources.”

The mood was “much more sober” yet still “enthusiastic” on the first day of food distribution following the accident, Grubb said. The day included lunch provided by L.A. City Councilwoman Monica Rodriguez, who has said she plans to introduce legislation increasing traffic safety measures at sites like Valley Hunger Relief.

“I understand the public’s anxiety and urgency to get the resources they need for their families,” she said according to CBSLA. “However, we can’t afford to put even more lives at risk.”

Through the grief, First Southern Baptist continues to feel God’s call to help its community—and His provision too.

“It just seems like the more we give out,” Grubb said, “the more we receive.”