EDITOR'S NOTE: The annual Week of Prayer for North American Missions, March 1-8, and the Annie Armstrong Easter Offering provide support for missionaries who serve on behalf of Southern Baptists across North America. With a goal of $70 million, this year's offering theme is "It's All About the Gospel." Rob and Annabeth Wilton are Week of Prayer missionaries for the North American Mission Board. For more information, visit anniearmstrong.com. To read about other 2020 featured missionaries, visit anniearmstrong.com/missionaries-overview. To order bulletin inserts and other printed material, follow this link.

DENVER (BP) -- Thousands of people move to North America every year, many coming from nations and regions that have historically been difficult to reach with the Gospel.

Mojic Baldandorj, a 2020 Annie Armstrong Easter Offering Week of Prayer missionary, immigrated to the United States specifically to revive Maranatha Mongolian Church in Denver and reach out to the large community of Mongolian immigrants who live there.

Mongolia has traditionally been a Buddhist nation, and Baldandorj has observed that Mongolian immigrants tend to closely identify with Buddhism as a way of maintaining their cultural heritage upon leaving their home nation.

"The majority of Mongolians are Buddhist," he said. "So, especially when people immigrate to different places, they like to hold tight to their tradition."

Only an estimated 2.2 percent of Mongolians are Christian.

As a college student in Mongolia, the first time Baldandorj heard about Jesus, he thought that the faith was simply an American or Western religion. This cultural perception initially prevented him from taking Christianity seriously.

He laughed at and mocked Christians before God began working on his heart after receiving an invitation to a Bible study during college.

"One of the guys in the group shared the Gospel with me and said that I was a sinner and that Jesus came to save my life," Baldandorj remembered. "That was something I really needed to think about, and the same evening I started reading the New Testament."

As he read the pages of the Bible in his native language in the early 1990s, he decided to follow Jesus because the Bible's message answered so many of his questions about life. Now, he shares those answers as a missionary to his fellow Mongolians who live in Denver. 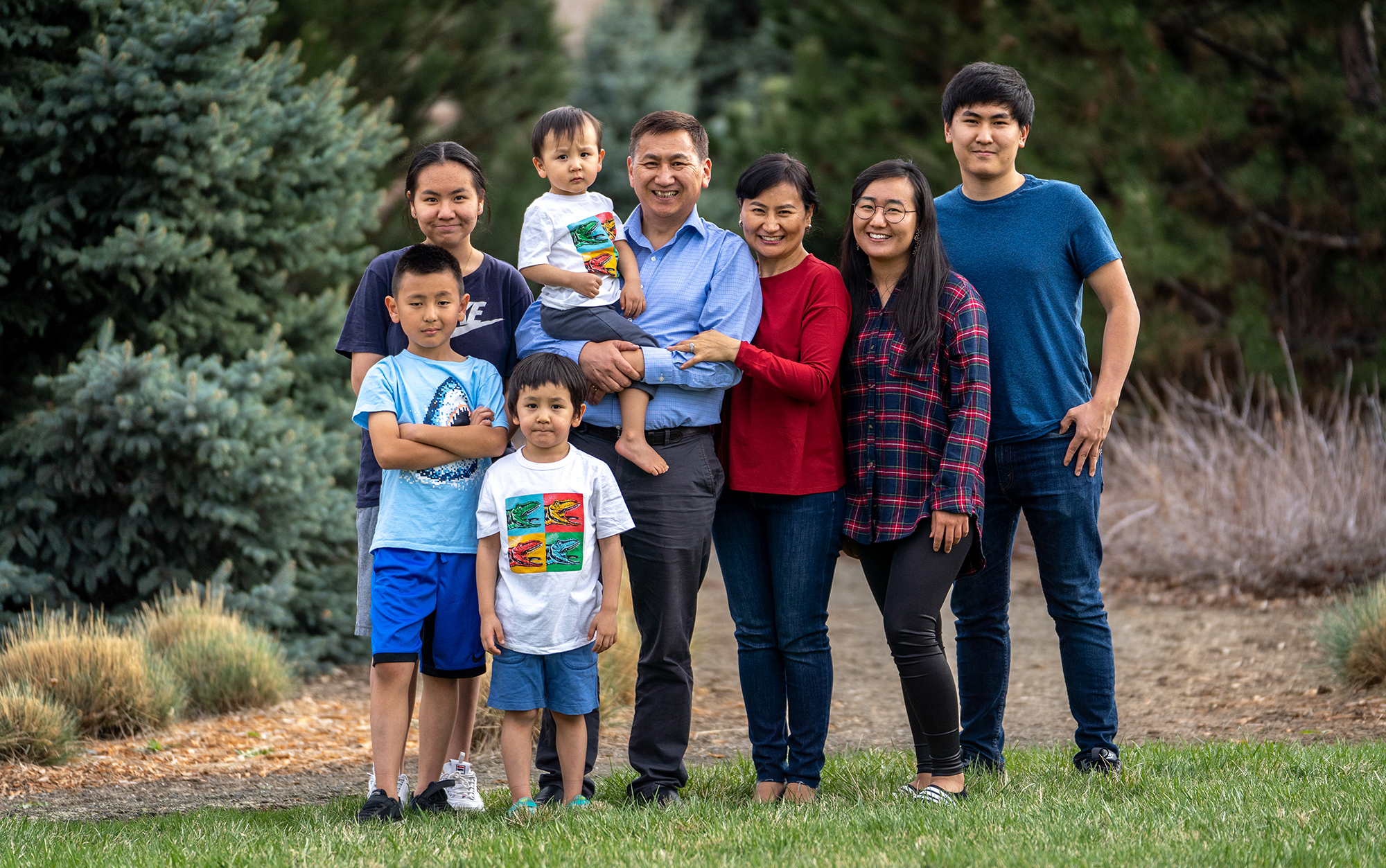 Soon, Baldandorj sensed God leading him to the mission field. "I committed my life to Jesus, and to commit my life to Jesus," he said. "I thought there's no other meaningful life than taking the Gospel to other people."

In Mongolia, Baldandorj deepened in his faith and became a part of a church planting movement until his family moved to Denver in 2014 to restart a Mongolian congregation that had dwindled to a handful believers.

"In our ministry the last couple of years, I've seen many people come to Christ," Baldandorj said. "That's our joy, and we totally believe that we are in the right place in God's good timing to reach out to people with the Gospel."

While Maranatha Mongolian Church has been growing, Baldandorj has a desire to further his outreach to Mongolians across North America. He estimated that roughly 40,000 Mongolians live in the United States.

"We believe that it's not only Denver that we are focused on reaching, but there are many Mongolians living in North America that need to hear the Gospel," Baldandorj said. "Our vision is to plant as many churches as we can."

Denver has a contingent of Mongolian immigrants who enjoy a climate similar to that of their home nation, and their community celebrates traditional Mongolian festivals such as the White Moon Celebration.

A key point of outreach for Baldandorj and his church, however, has been through a popular American game -- basketball.

"Young people love, in Mongolia and outside Mongolia, they love to play basketball," said Baldandorj. "They like to watch the NBA, and I see our basketball ministry as a great opportunity for us to reach out to our young people in Denver."

They have built many relationships through their basketball ministry, and their ultimate goal has been to share the Gospel with those who attend.

Maranatha Church, like many ethnic congregations in North America, is small. That's why the financial support Baldandorj and his family receive through the Annie Armstrong Easter Offering is crucial.

"Prayer is good support. Ministry and financial support will be one of the most important ways to recruit ethnic church planters," Baldandorj said. "So, I'm so grateful and thankful for the support that makes it possible to settle down in America and reach out to the Mongolian community in Denver."

The Annie Armstrong Easter Offering provides half of NAMB's annual budget. Money given to the offering is used on the field for training, support and care for missionaries and for evangelism resources.

Watch a video of the Baldandorj's ministry in Denver.