EDITOR'S NOTE: The annual Week of Prayer for North American Missions, March 1-8, and the Annie Armstrong Easter Offering provide support for missionaries who serve on behalf of Southern Baptists across North America. With a goal of $70 million, this year's offering theme is "It's All About the Gospel." Kirk and Karen Kirkland are Week of Prayer missionaries for the North American Mission Board. For more information, visit anniearmstrong.com. To read about other 2020 featured missionaries, visit anniearmstrong.com/missionaries-overview. To order bulletin inserts and other printed material, follow this link.

CINCINNATI (BP) -- Kirk Kirkland felt a stirring in his soul to start a church in the inner city. For seven years, he served as an associate pastor at the Baptist church where he grew up in Dayton, Ohio.

"We got the sense that maybe God was calling us out from this place of comfort," Kirkland recalled, "where we lived just a couple of blocks from our church and we got paid every Friday -- kind of living the American dream."

Every year during a missions conference, he would hear testimonies from overseas missionaries about conversion stories and cross-cultural ministry. He could not help but get excited and think about what it would look like for him and his family to be missionaries themselves.

"What would it look like to leave everything we've ever known, to leave everybody we know and love to go into a new city, to meet new people and to make disciples as missionaries in the United States," Kirkland asked at the time. 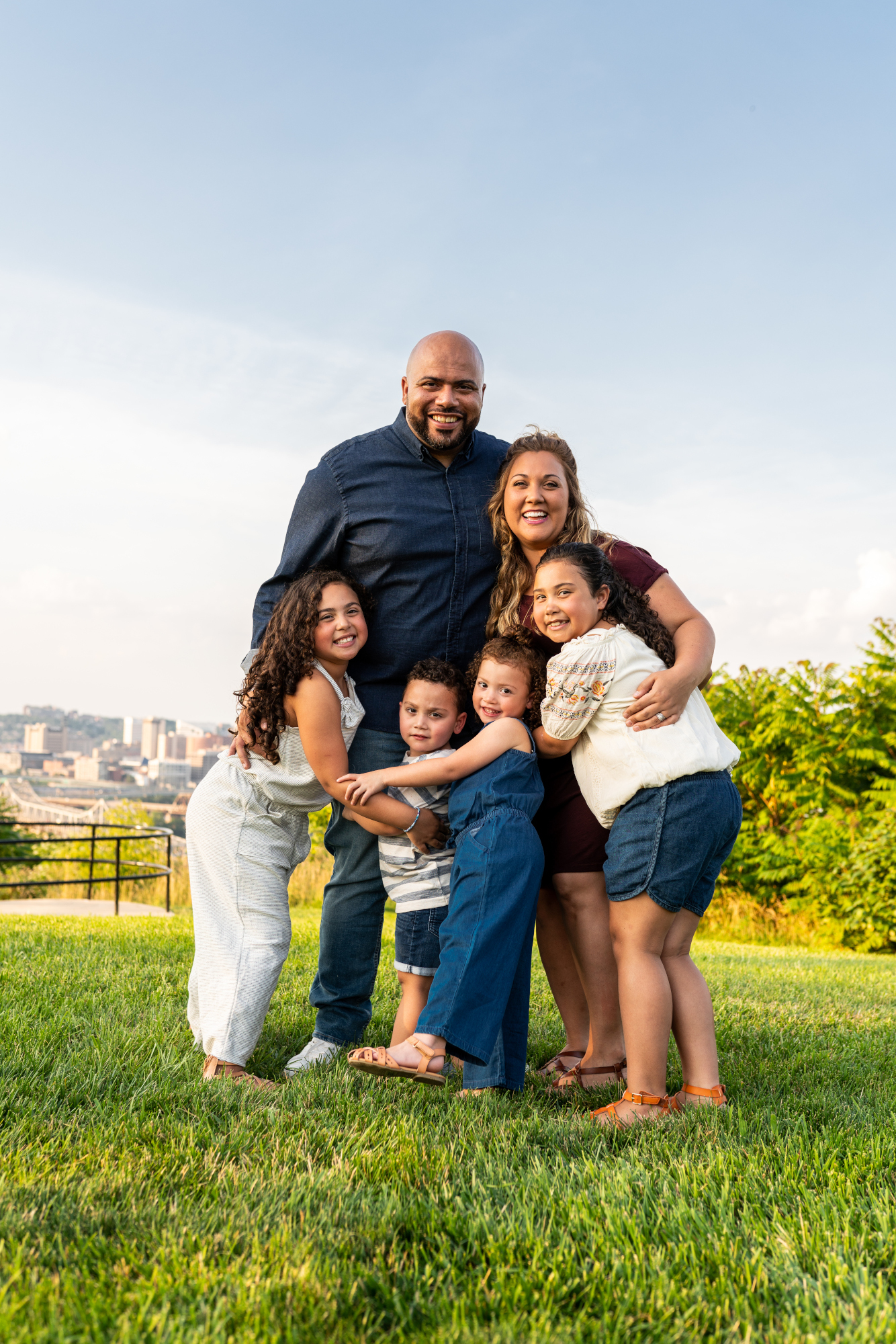 Some of the cities on the table seemed like compelling options -- Seattle or maybe New York City. Yet, a smaller city, just an hour south of Dayton, kept growing in its appeal as they prayed over where God was sending them.

Cincinnati has a population of 2 million people. Only 13.7 percent of residents in the metro area are affiliated with an evangelical church, and more than half do not identify with any church at all.

For the most part, the city had only been a destination for the Kirklands to attend a baseball game, go to the zoo or visit the amusement park. Then, they took a drive down with a different set of eyes.

"We drove south on I-75, and I remember getting off the Western and Liberty exit and seeing people who were, as I would describe, sheep without shepherds," Kirkland said.

While Kirkland saw the beauty in the city, he knew there was brokenness there too.

All of that physical and emotional poverty stems from humanity’s sinful condition, Kirkland said.

"Cincinnati also has a history of God moving and working," Kirkland continued. "There are great churches that have been a part of this city, but compared to a million people who don’t know Jesus, there is a great need."

After moving into the city, renting a town home and beginning their outreach with just enough to make ends meet, Kirkland and his wife Karen planted Revive City Church on Easter Sunday 2013. They did so, however, from an independent Baptist background. They did not have the support of any denomination or network. Looking back, the Kirklands say it was the hardest thing they ever did.

Even so, God moved, and the new church plant gained momentum.

It was clear that the need in their city would require their congregation to plant another church if they were going to further their impact on lostness. At that point, Kirkland connected with another pastor and learned more about Southern Baptists.

He discovered the North American Mission Board's (NAMB) Send Network, NAMB’s church planting ministry, and the efforts of Southern Baptists to reach cities with the Gospel. After learning more about the mission and the vision, his church voted to become a part of the Southern Baptist Convention and plant a second church.

"One of the number one benefits of the Send Network is that you do not feel alone," Kirkland said. "When we planted the first time, we were planting in isolation. We were very much on an island."

The efforts of the Send Network, its support of missionaries across North America by providing training, coaching and care, are made possible by Southern Baptists and their sacrificial giving to the Annie Armstrong Easter Offering (AAEO) for North American missions.

"My hope and prayer is that a mighty awakening of God would happen as people sacrifice," said Kirkland, a 2020 Week of Prayer missionary for the AAEO, "normal, everyday people giving, believing that God will take their little and do much with it."

The Annie Armstrong Easter Offering provides half of NAMB's annual budget. Money given to the offering is used on the field for training, support and care for missionaries and for evangelism resources.

Here is a video about the Kirkland's ministry.